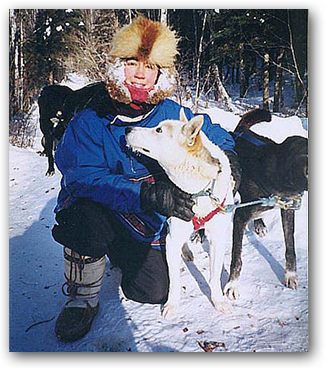 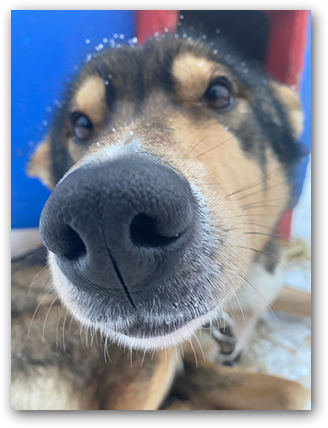 Mush with P.R.I.D.E (Providing Responsible Information on a Dog's Environment)

Download a free wordsearch and maze for Rescue at Lake Wild

Read an excerpt for Dog Driven

Find out about falconry

Watch a trailer for Ice Dogs

Read an excerpt for Falcon Wild

Read an excerpt for Overboard

Play the Will You Survive? game 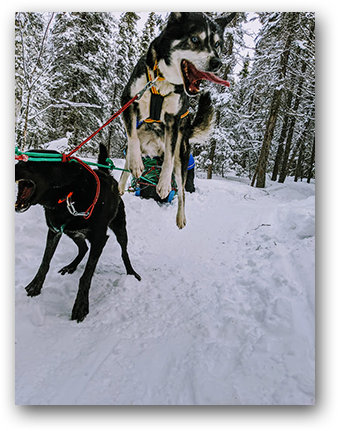 FUN Fact #1: Despite common usage in annoying commercials or movies, mushers do not say "Mush" to their dogs. Where did this come from? One theory is that French trappers were overheard saying "marche" to their dogs. The term "musher" stuck and is used to describe someone who runs sled dogs.

FUN Fact #2: In the winter, most mushers bait the water they give to their dogs so the dogs drink it before it freezes. A bucket of water can be laced with bloody meat parts of various origins, making it look a little like a horror movie prop with floating globs of goo. Mushers also like to gross out their friends by asking them to ladle it out to the dogs. But, watch out for the dog who has this all figured out and tips their bowl over to eat the chunks off the snow.

FUN Fact #3: One of many things a leader must know is their right, "gee" from their left, "haw." These commands have been around since teams of oxen were used to plow fields. But the best leaders will understand subtle uses of these commands such as "gee over" to get the team to hug the right side of a trail. This can be used to allow a snowmobile or another team to pass.

I once ran with a musher who used a blind lead dog. They were so tuned in to each other, the musher could whisper, "gee, gee, gee" and the dog would veer farther right with each use of the word. I'll never forget seeing the dog charging down the trail and then unquestioningly leap off mid-stride after hearing, "GEE!" 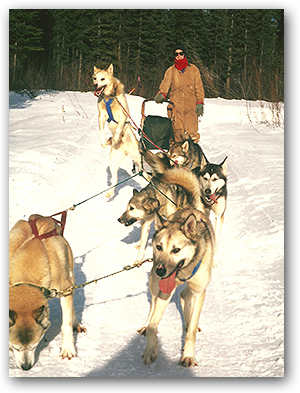 MUSHER: Someone crazy enough to drive a team of sled dogs

ALASKAN HUSKY: A dog of mixed bloodlines bred for speed, stamina and attitude

HIKE: A command some mushers use to go or to encourage the dogs to run faster

SNUB LINE: A rope that ties the sled to a post or tree

TUG LINE: The line that is attached to the back of the dog's harness

GANG LINE: The main line that the dogs are hooked to that attaches to the bridle, then the sled

WHEEL DOGS: The dogs pulling in the position closest to the sled

LEADERS: The dogs that are in the front of the gangline, trained to take commands such as gee and haw

POINT DOGS: Dogs directly behind the leaders in the team

DOG BOX: A box that sits in the back of a pick-up truck that has individual compartments to transport the dogs

SNOW HOOK: A metal clawed hook that digs into the snow to keep the dogs in place like a parking brake